The first Vintage Port made exclusively from the produce of the old, historic vineyard plots on the company’s flagship property, Quinta da Roêda. Named Sērikos, a historical reference to the property’s involvement in the production of silk following the destruction of its vineyards by Phylloxera and to the silken quality of its wines.

Tasting Notes: Inky black centre in a slender ring of deep purple. The nose opens with a dazzling peacock’s tail of scents and aromas. The rich, ripe fruit, which is a consistent feature of the wines of Quinta da Roêda, has developed a kaleidoscopic complexity, crisp red berry aromas blending with ripe, succulent black fruits and a fresh grapiness. The signature Roêda eucalyptus and rock rose scents merge with hints of crushed mint, fresh citrus notes and a pot-pourri of savoury herbs and dried rose petal. The wine opens a treasure chest of surprising nuances as it develops in the glass. On the palate the wine is thick, dense and silky, packed with opulent fruit and supported by a mesh of tightly-woven tannins. This magnificent expression of the oldest vineyard plots at Quinta da Roêda showcases the old vines’ remarkable qualities and their ability to open doors on unexpected new dimensions of aroma.

The vineyard cycle got off to an early start, with the first buds emerging between 8th and 10th March, in spite of the cold, dry weather. The very dry Spring stood out as a defining feature of the 2017 viticultural year. Only a few millimetres of rain fell in April, usually one of the wettest months, with May and June continuing dry. Temperatures were above average for the period. The early development of the vines continued, with flowering starting right at the beginning of May and a very early véraison making its appearance around 18th June. The drought conditions continued throughout the summer and until the end of September. July was hot but, fortunately, the temperatures in August fell to more moderate levels, particularly at night, giving balance to the ripening crop. Picking at Quinta da Roêda began on 31st August, the earliest start date for over 70 years. Winemakers’ notes refer to the exceptional density of the musts, yielded by thick skinned grapes, and for the impressive scale and richness of the wines produced from the oldest vineyard plots. 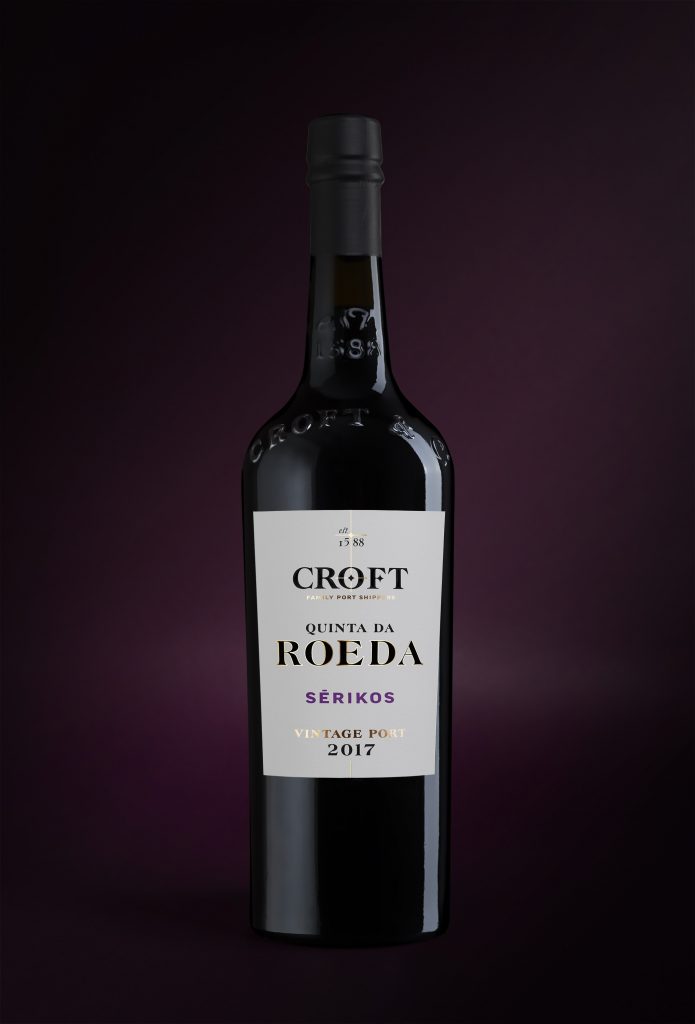 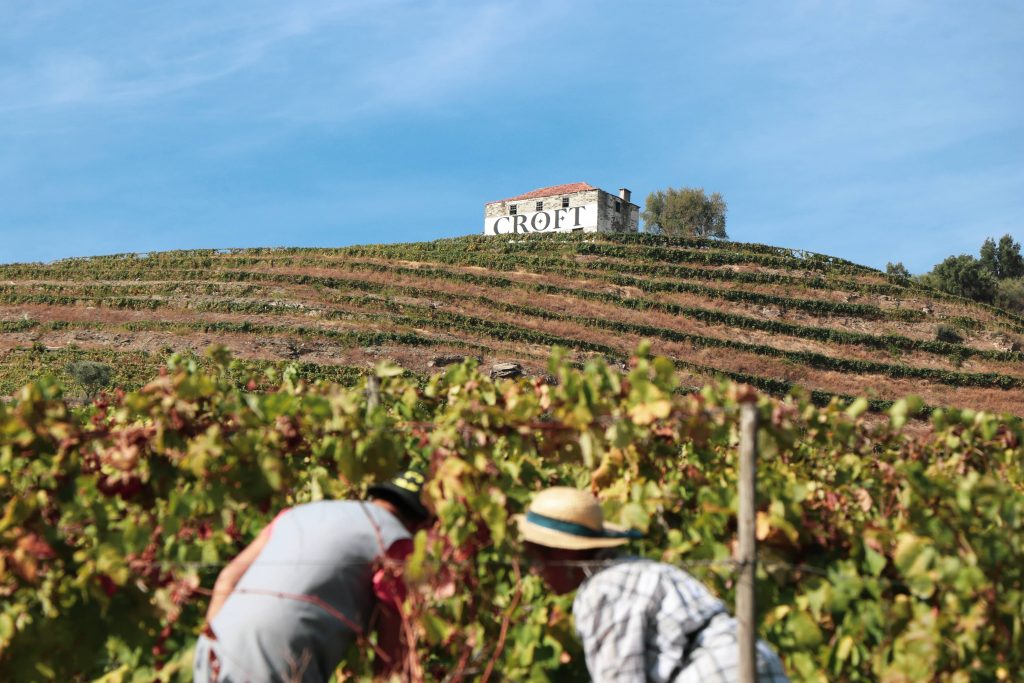 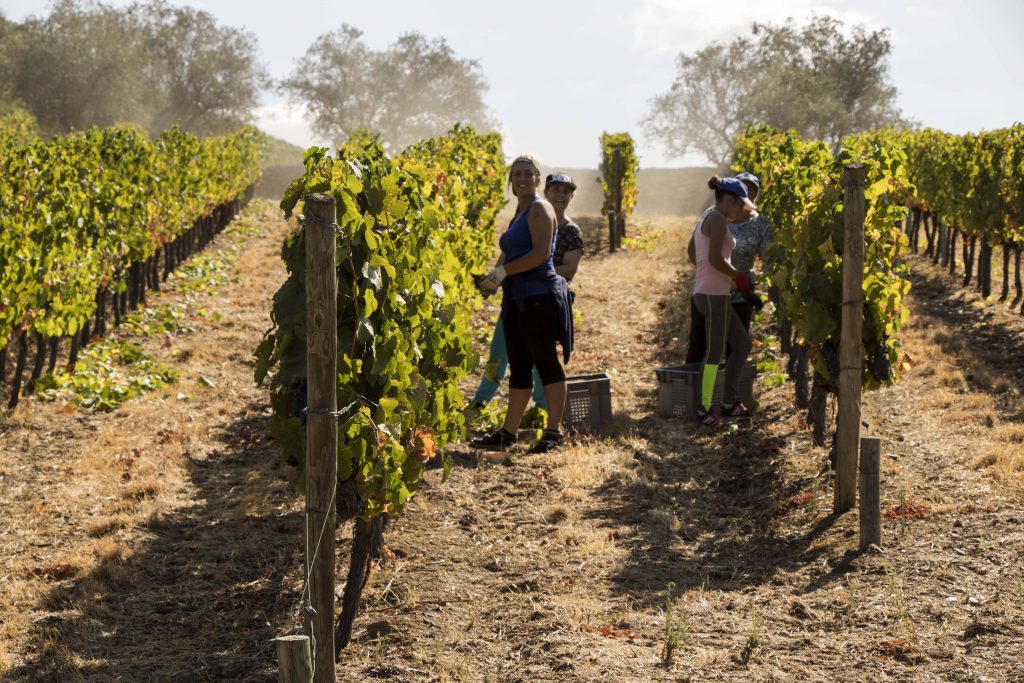 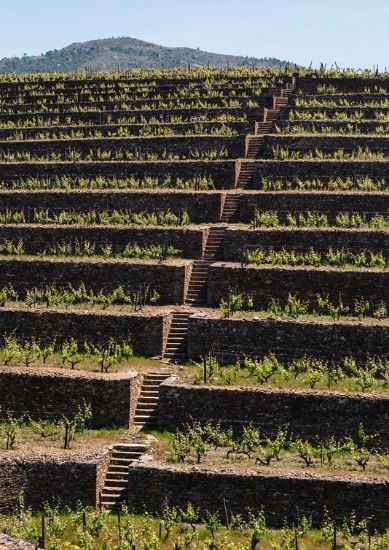 James Molesworth
Wine Spectator, 2019
98 Points
Read review
"Intense, featuring a rather dark persona, with baker’s chocolate, Turkish coffee and steeped black currant notes taking the lead, backed by bitter plum and fig reduction flavors. A long tarry streak and a singed juniper accent show on the finish, ending with a pleasantly woodsy tug. A backward, grippy Port. Best from 2035 through 2060."
James Suckling
, 2019
97 Points
Read review
"Extremely floral with blackberries and blueberries on the nose that follow through to a full body, very sweet yet tannic palate that shows structure and power. Chewy and grippy at the finish. Give it at least four to five years to soften. Try after 2024."
Neal Martin
Vinous, 2019
97 Points
Read review
"The maiden 2017 Serikos from Croft comes from the oldest vines located in Quinta da Roêda. The name refers to the quinta's involvement in silk production and the texture of the wine. It was picked from August 31 and was notable for the density of its musts from the thick-skinned grapes. Almost opaque in colour, it has a spellbinding bouquet of intense blackcurrant, crushed violet petals and later, star anis and camphor. The palate is medium-bodied with succulent tannin, a silver bead of acidity that slices through the multi-layered, intense black fruit laced with white pepper and sage. This is endowed with unerring symmetry, predictably a silky texture and outstanding crispiness towards the never-ending finish. Regal. "
Jancis Robinson
, 2019
18,5 Points
Read review
"Dark purple with narrow purple rim. Still packed with fruit but not quite as exuberant as the Croft at this stage. Darker fruited and a touch smoky, rocky. Pure and precise. Gorgeous impression of dryness here, even though of course it is so sweet, the tannins have implausible silky finesse and the whole is in perfect balance. Long and seems so subtle even though of course it is massively concentrated. Supple beauty and more streamlined than many 2017s. Drink 2030-2057"
Richard Mayson
Decanter, 2019
96 Points
Read review
"Serikos means ‘silky’ in Greek, and this is Croft’s first super-premium vintage from the oldest vines at Quinta da Roêda, planted between 1889 and 1900 in the wake of phylloxera. It's deep in hue with ripe but gentle minty fruit, a touch herbal too, with a hint of rose petal. The palate is so sweet and succulent that the tannins are almost hidden but they are most certainly there, fine-grained with lovely minty, herbal freshness mid-palate and on to the mouthwateringly fresh finish. It's not particularly big but is supremely elegant."
Roger Voss
Wine Enthusiast, 2019
95 Points
Read review
"A beautifully juicy wine, packed with firm tannins and with great black fruits already in balance. The wine has style, never hinting too much at power, instead going for complexity. Drink from 2030."
Mark Squires
Wine Advocate, 2019
94-96 Points
Read review
"The 2017 Sērikos Quinta da Roeda Vintage Port is a field blend (of typical grapes like Touriga Nacional, Touriga Francesca, Tinta Roriz and Tinta Barroca, among others). It was aged for approximately 20 months in used French oak and comes in with 96 grams of residual sugar. It was not quite bottled when seen, but it was the final blend. This is set for release in August. This, says the winery, is the first Vintage Port made from "the produce of the old, historic vineyard plots on the company’s flagship property, Quinta da Roêda. Named Sērikos, a historical reference to the property’s involvement in the production of silk following the destruction of its vineyards by Phylloxera and to the silken quality of its wines, it will be made available on allocation in very limited quantities." A step up on the regular Croft, this is fuller in body and a bit more powerful."